The Jesuits are the revived Knights Templar 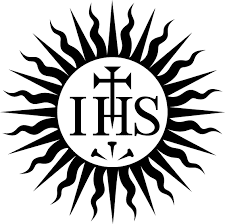 The Knight’s Templar was expelled from the Papacy in 1312 by Pope Clement V and Philip IV of France. The few Templars who escaped went to the powerful kingdom of Aragon and became known as the Order of the Calatrava, who would later align with the the Montessa. In 1534, a Spanish nobleman by the name of Ignatius Loyola would revive the Templars and call them the "Society of Jesus." Loyola was a Templar, and a member of a secret society called the "Alumbrados."  The third Superior General and co-founder of the order was Francis Borgia. The Borgia bloodline is part of the notorious "Black Nobility" which dates back to the ancient Ptolemaic period in history.

These powerful Zoroastrian Bloodlines include:

After the Scottish Rite was established, the Jesuits created the Order of the Bavarian Illuminati. The Company of Jesus was forced underground after their suppression in 1773 by Pope Clement XIV.  This suborder of the Jesuits would be used to foment the French Revolution in order to take vengeance on the countries who suppressed the Jesuits during the latter half of the 18th century. It was Jesuit trained, Emmanuel Joseph Sieyes, who ignited the movement with his pamphlet, "what is the third estate?" This led to Napoleon taking the Pope captive until Pius VII readmitted the Jesuits into the Papacy in 1814. The Jesuits have controlled the Papacy ever since.

“The Jesuits are a MILITARY organization, not a religious order. Their chief is a general of an army, not the mere father abbot of a monastery. And the aim of this organization is power – power in its most despotic exercise – absolute power, universal power, power to control the world by the volition of a single man [i.e., the Black Pope, the Superior General of the Jesuits]. Jesuitism is the most absolute of despotisms [sic] – and at the same time the greatest and most enormous of abuses…” -Napoleon Bonaparte